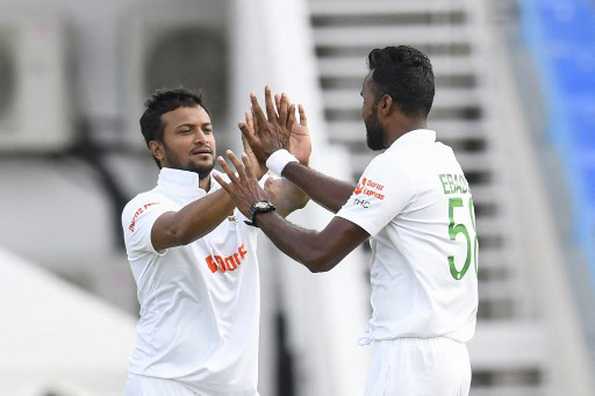 Bangladesh skipper Shakib al Hasan said on Thursday (June 16) that he was pleased with his bowlers for keeping their spirits up after the visitors were bundled out for a paltry 103 on the opening day of the first Test against the West Indies.

”There are two ways to deal with it, like one is to give away and let them score as many runs as they can and later we bat in the second innings and the game is over. Another way is try like even if we can bowl them out for 250 runs and bat very well in the second innings, nobody knows what will happen on the last day,” Shakib said in the presser.

“Every day is a new day and I am happy that everyone took (up) the challenge. They tried to come up with some kind of a bowling performance that we failed to get from our batsmen,” he added.

The hosts ended the day at 95 for 2 but were made to work hard for their runs, encapsulated by the current run-rate of just 1.98. Shakib, though, pointed out that Bangladesh would have been in a better situation if they had snared a couple more wickets.

”I think the pace unit bowled really well and they bowled in partnerships. Mustafizur was excellent, Khaled bowled well and Ebadot is always bowling well. Perhaps they were unlucky. If we could get a couple of wickets, we would have been in a better position. If we could get four wickets under 100 runs, then we could have bowled them out for another 100 runs but I am not saying this will not happen now.”

Shakib top-scored for Bangladesh with 51. Rest of the batting unit could muster only 52 runs. Bangladesh’s innings also saw five of the batters getting out for no score.

Shakib said that the batters need to take the responsibility and hoped for a better show in the second dig.

”There is no explanation to me and I am not sure whether someone else has it. I think the batsmen need to take the responsibility, because no one can feed them with a spoon and they have to do their own work. We failed, but we have the chance to do well in the second innings, we have to recover from this failure and we will have that challenge,” he said. 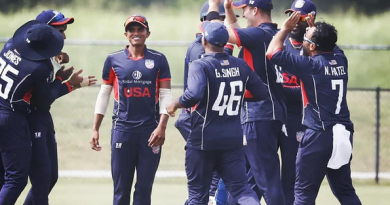 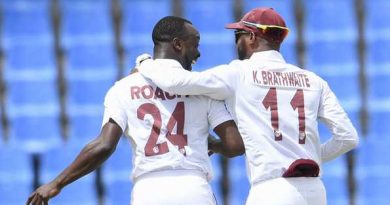 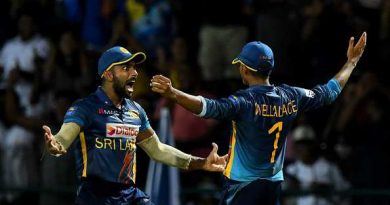