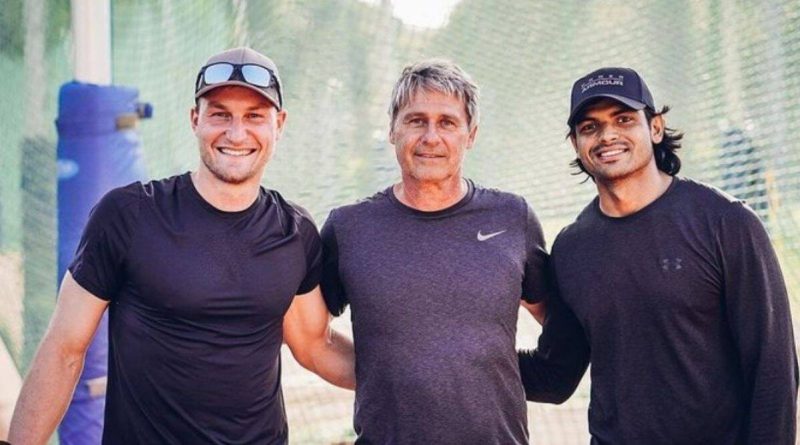 Neeraj Chopra has been on a pilgrimage these days, and on this spiritual journey he has been picking glittering souvenirs.

A few months back, while training in Turkey, he had met Jan Železný, the supreme deity of the javelin faithful. The other day, he was in Turku, Finland, the country where spear-throwing is a national pastime and the very popular Keihaskarnivaalits – they have a designated word for javelin-carnivals – have a kumbh mela-like fervour.

It’s a mass village sport for amateurs, and also a serious pursuit for pros. Over the years, the Finns have won 26 Olympics medals, 9 of them gold, in what is said to be the most limb-punishing sport.

Chopra’s neck of the woods was no Finland, by any stretch of the imagination, at least back then. But after the Tokyo Olympics gold, things would change. Haryana’s dusty towns would see kids carrying spears to the village fields, but we are getting ahead of the story.

Like all pioneers, when Chopra took the less-travelled path, he didn’t have signages to guide him. Getting hooked to a sport that had no connection to his back-of-beyond village near Panipat came with obvious difficulties. The smartphone would come in handy.

The Czech world record holder’s 17-step pre-launch routine would become an obsession for the teenager from Khandra. In the world of track and field, the Železný run-up is considered a work of art. For biomechanists working with elite athletes, it’s a fascinating study in human motion.

His first 15 steps had the perfect pace. Železný was sufficiently fast so that his momentum would give a significant push to the javelin, just before it left his hand and soared high. He was also suitably slow in his approach, as he needed to pull off the final delicate but complicated manoeuvre involving his limbs.

The final two steps of the run-up are said to be the soul of Železný’s incredible javelin throw. It made him hurl the spear to a distance of 98.48 metres, that’s roughly the length of a football field.

The almost balletic rhythm of the arms and legs have made physicists marvel at the seamless and efficient transfer of the body’s kinetic energy into the speed of the javelin. Železný on the runway was akin to a turbine working like a rotor system to ignite the spear into the skies.

In an extraordinary documentary on YouTube, World Record Jan Železný, experts pore over those mystical last steps. They talk about how in the final phase of the run, after planting his left foot firmly on the ground ahead of him, the triple Olympic gold medallist would put brakes on his body, arch the back so that it takes the shape of a bow.

The final Železný recoil would send the javelin into a grand rainbow arc that the world stared at in open-mouthed awe. Wide-eyed boys and girls like Chopra would look at the sky and dream. The sight would make them believe in themselves. Watching the barely six feet Czech with a physique that was more like a swimmer’s than a thrower’s, the seeds of ‘yes, even I can’ resolve would germinate in even the most awkward puny teens. Železný was their Messiah who gave the message that to hurl the javelin great distances, one needed elasticity that could be availed by hard work and not the enormous frame one was born with.

The secret of Železný’s success wasn’t brute force, towering frame or DNA. It was a well-refined throwing technique and hard yards that made the javelin fly from his hand, taking him to lofty heights. Unlike in other throwing events, javelin wasn’t the monopoly of the strapping tall or naturally muscular.

In the documentary with automated English subtitles, Johan Kloeck, an 80m-plus thrower from Belgium, talks about Železný opening the doors of the javelin arena to the world. “We see now that the field of competitors has become a lot larger. Now there are small Chinese, Japanese, and Indians throwing over 85m. That kind of shows us that they have studied him and made conclusions and are able to get success as well,” he says.

They certainly have, Chopra being the prime example.

Železný would often surprise fellow throwers with what he did during his training time. Those who have watched him train say that there would be days when the star would spend most of his time and energy repeating a very simple-looking drill.

He would start by standing in a posture as if he was in the final stride of his run-up – left leg up ahead, right behind at a right angle. For long hours, he would repeat the subtle forward rocking motion. What seemed like an unimpressive warm-up was actually the rehearsal of the moment when everything comes together for a javelin thrower.

On loop he would shadow practise the precise moment when every twist and turn of his muscles, sinews and ligaments would combine to push the javelin further. Resembling a Tai-chi master, Železný would tap his front left leg and twist the right ankle as if squashing a bug on the ground. He would constantly live and relive that microsecond, when the power would flow from the legs, back, hands and eventually to the javelin.

Belgian coach Patrick Bosschaer would often travel to South Africa during winters to be at the training centres where Železný too would have his base. He recalls how the champion thrower would constantly do Tai-chi drills. The perfectionist would keep working on it till his muscles had by-hearted the switch. He wanted the planting of his left foot to signal for the body to turn into a catapult and hurl the javelin to new distances.

“He wanted the motor capacity (of this body) to be able to kick in without thinking,” Bosschaer says in the documentary.

Watch Chopra at the top of his run-up, before his historic gold-medal throw in Tokyo. Holding the javelin with both hands, he too gives that tug to the body. He too taps his left foot and does the ‘squash the bug’ routine with his right. It’s a hat tip to Železný, the man who gave the template for modern-day javelin throwers, opening the sport for all body types and making the javelin throw a level-playing field

Chopra’s gold was a grand announcement to all Indians that it could be done. Post-Tokyo, javelin was no longer the preserve of Scandinavians, those who have endured extreme geography and a violent history.

Not far from Chopra’s home, a tiny Haryana village called Bangaon would soon get a new name – Little Finland. That’s because boys and girls from the region were occupying the podiums at national meets. A village physical education school teacher, Hanuman Singh, was the reason for children in shorts, t-shirts and spears converging at a chicken farm every morning and evening.

On a much smaller scale, Bangaon has a Keihaskarnivaalits feel to it. There are numerous videos from the Javelin Carnivals where kids, under watchful eyes of old masters who constantly point out their technical flaws, run in hard and without fail tumble down with their face first after releasing the javelin – just like Zelenzy and Chopra.

During the pandemic, Finish crime writer Antti Tuomainen, in a delightful piece for The Sunday Times, had profiled her nation and mentioned how self-isolation and social distancing came naturally to them.

“Over the decades, Finland seems to have produced quite a formidable collection of world-class music conductors, Formula One drivers, architects, fashion designers, ski jumpers, long-distance runners, film directors, composers and writers. And if you’re seeing a trend here, you might not be alone. Truth is, they are. Alone in their cockpits, on stage and podium, writing in their chairs and running in their shoes. Always alone — and fervently keeping their social distance long before it became the norm.” 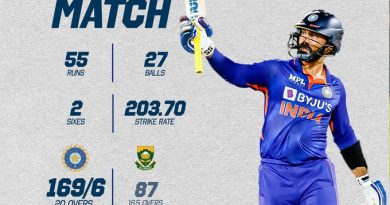 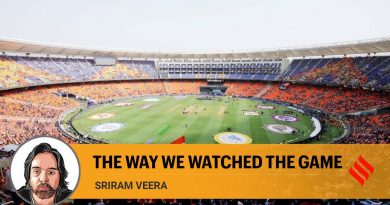 Sriram Veera writes: The way we watched the game